We’re all struggling to do more with less: More quality with fewer resources, more releases with fewer defects, more testing with less time. While investments in test automation have greatly increased the number of tests available, running “all of the tests all of the time” isn’t the answer:

“Continuous delivery is a software engineering approach in which teams produce software in short cycles, ensuring that the software can be reliably released at any time…”

If continuous delivery is our goal, then by definition, testing needs to match pace with the development process so that the “software can be reliably released at any time.” To release reliably, we need to test early and often, so defects can be identified and addressed as soon as they are injected into the pipeline. In short, you need intelligent testing in continuous delivery.

It’s OK to Fail, But Do it Fast

It (usually*) makes no sense to run a bunch of tests that always pass, and it makes even less sense to run tests that always pass before tests that are likely to fail. There’s definitely no sense in running tests that validate portions of the application that you’ve already tested, and that weren’t changed in the last build. This just takes time, and may encourage dev teams to commit less frequently, which isn’t the way we want to go in an Agile, continuous delivery environment.

To speed up cycles, you’ll want to run the tests that are most likely to fail first, so you can immediately start fixing whatever needs to be fixed. Then, you’ll prioritize other tests depending on your business needs. A good way to prioritize is to select:

Using machine learning to intelligently select and prioritize your tests can dramatically increase both the efficiency and accuracy of test cycles.

In most scenarios, machines crunch numbers and data faster than humans, so why not let the machines do what they do best, so we can focus on things we do best—like innovating, collaborating, and some of that nuanced testing that machines simply cannot do. 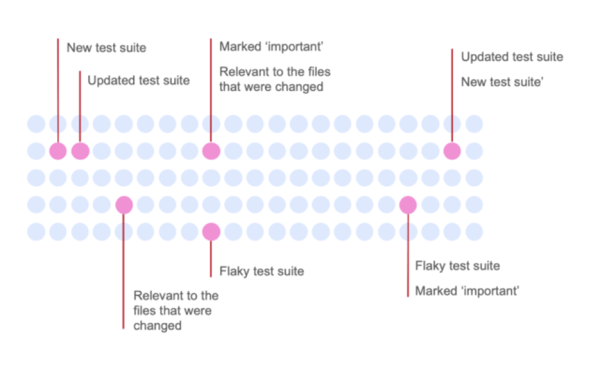 Machine learning algorithms can help you prioritize and run tests based on what’s in the pipeline and your business requirements.

To better understand which tests make sense to run first, let’s dig into prioritization a bit more. Obviously, you’ll want to run tests based on what’s changed in the pipeline. As we mentioned before, model-based testing is a great way to ensure you have tests that map to the requirements, but it doesn’t help you choose tests based on the code changes in the current build. If you run all of those tests all of the time, you’ll end up running a lot of tests that are testing parts of the application that haven’t changed—which isn’t necessary.

Like peanut butter and jelly, model-based testing and machine learning-augmented test selection and prioritization go great together. You can use model-based testing to create all the tests and automation you need, and intelligent test prioritization to figure out which tests you need and what order to run them in, so you have full test coverage and the most efficient test cycles possible. This helps you keep testing in sprint, and achieve the goal of continuous delivery. Win!

Step 1: Run Tests That Map to the Code Changes in the Current Build

It’s pretty obvious that these are the tests that are most likely to fail, because these are tests covering code that’s never been tested before. So finding defects at this phase allows you to address them closer to the source, when the code is fresh on the mind, and it’s easier to identify root cause, less likely for the problem to move downstream, and so on. For example, if you’ve added a new log-in option—like a social log in—there’s no reason to run tests on your shopping cart and checkout process. 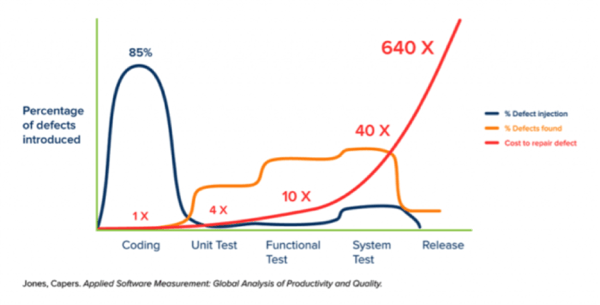 Without machine learning it might be hard to even identify which of your tests *are* actually flaky. Those patterns can be hard to discern in huge test suites. But with machine learning it’s relatively straightforward. Plus, machine learning can help you identify what’s causing the tests to *be* flaky over time. Digging into the root cause of flakiness can help bubble up underlying inefficiencies in the pipeline. Maybe some of these tests are outdated/unnecessary and generating false positives. Or, maybe you need better test environments, more reliable virtual services, etc. We’re not finger pointing, but we are going to learn from what’s working and what’s not.

So that’s step 2: run those flaky tests and learn from the results.

Do you have new or updated test suites? Now is the time to run them, as the teams has a reason to add them, and they might find something you need to address.  Keep in mind that with each build, tests will be selected and re-bucketized depending on what’s actually in the pipeline and results from previous cycles. Tests could redesignated from “new” to “flaky” after a few runs. Then, when you have time to address the underlying cause for that flakiness, the test might get redesignated into the “always passes” category. The system gets better and more accurate as you go.

Next: Do What You Have to Do

In this step, we’re going to run all the tests that have been marked as important or “must run” by the organization. These could be all kinds of tests ranging from compliance tests to security tests, and it may very well be that they always pass. So we’ll put them at the end and check that box as done.

So there we have it, intelligently selected and prioritized tests, in an intelligently selected and prioritized order. Again, our goal is to run the tests that are most likely to fail, first, so we can fix them immediately. But we’re not done yet. This algorithm just keeps on giving. All this data and insight helps us understand where we need to focus to continuously improve.

Part of adding intelligence to your test cycles means you’re tracking metrics over time, and with that data, you can pinpoint and address things like:

The possibilities are very exciting, and we are just scratching the surface of what AI/machine learning can do to augment the talents of DevOps and testing professionals, and enable truly intelligent testing in continuous delivery.

Beyond Silos: Automation Strategies for the Long Term

The Intelligent Automation Wave: Catch It or Be Swept Away by It