Shift-Left Testing: Why it Matters to Your Brand and Bottom Line

With the global pandemic, even major streaming services and communication apps have experienced outages due to extremely high demand. Performance issues can take their toll and result in lost opportunities. Find out more about Forrester research into shift-left testing and how it can affect your site performance and business results.

It seems that every year brings a new wave of headlines about popular web and mobile apps that struggle or crash due to unexpected demand or undiscovered glitches. Last year was no exception. Here are two especially high-profile failures that caught our eye.

Costco is estimated to have lost $11 million in potential sales when its website went down for 16 hours on Black Friday, one of the busiest shopping days of the year. Angry customers took to social media with an avalanche of complaints. A 2019 Facebook outage not only left users hanging, but caused the company’s stock price to tumble. It is also believed to have cost the company tens of millions in lost revenue.

And just recently, with the global pandemic—major streaming services have had to throttle volume and several online meeting apps experienced outages due to extremely high demand.

Even less dramatic performance issues can also take their toll and result in lost opportunities. Just consider these two examples pulled from a recent report by Forrester: 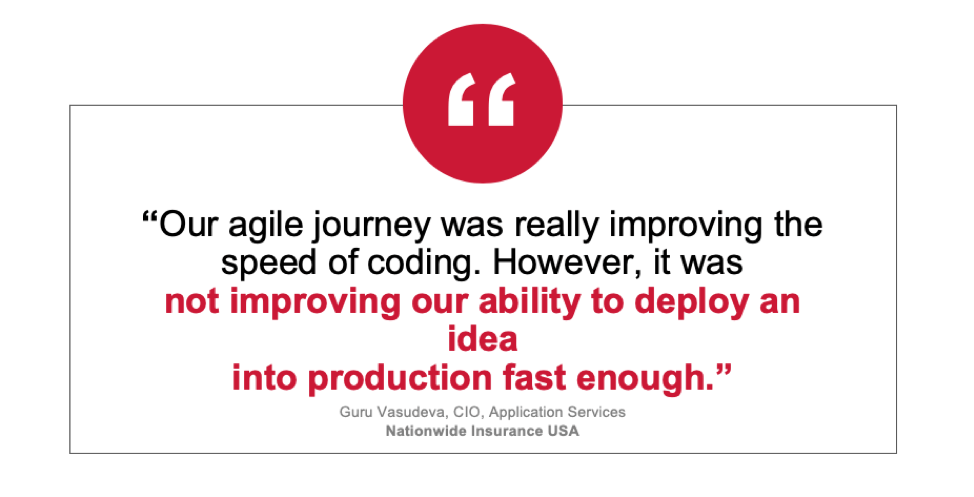 The Limitations of Old-School Performance Testing

To protect your business, performance testing is a must. But old-school testing tools and processes simply aren’t a good fit for today’s Agile and DevOps practices. If you wait until the end of the development cycle to test performance, you’ll need to go back to developers to fix problems you uncover—long after they’ve moved on to the next project. Looping back to “reinvent the wheel” eats up time and adversely affects work in progress.

The result of this dysfunction is that Agile development teams are not so agile after all.  In fact, a recent Forrester survey shows that only 24% of developers are releasing software into production monthly or better.

To add to the dilemma, it’s clear that today’s testing centers of excellence (CoE) simply don’t have enough performance engineers to meet the needs of modern organizations. They lack the capacity required to test all products through the CoE or to embed engineers with development teams.

The Case for Shift-Left Testing

The only viable solution is to shift testing left, with continuous performance tests executed at the component level for every code check-in as applications are being developed. The shift gives you a way to catch bugs early, while software is still in sprint. Tests are created and executed as part of the daily software development flow and at every code commit. That means developers find and fix issues in real time—not days, weeks, or months after the fact.

This new responsibility for developers doesn’t mean your CoE takes a pass on performance testing. You’ll still need to do the comprehensive “end of process” testing of how your company’s apps perform on your infrastructure and architecture, both before and after they are launched into production.

Your CoE will also have an important role to play in making shift-left testing successful—especially when it comes to establishing a new test automation ecosystem that gives developers the tools they need to do more testing in less time.

To shift left effectively, you need to be able to bridge the gap between development teams and your CoE—arming everyone in the process to work the way they want to work, and still share assets, reports, KPIs, and collaborate around a single source of truth.

This requires a solution that meets the needs of Agile teams, while still supporting traditional testers. Agile teams won’t use the legacy tools that traditional testers rely on. You’ll also want to look for a solution that has quick time to value, easy adoption, and has a proven track record of delivering continuous testing and test automation success. Shift left (and right) doesn’t have to be hard.

In one recent example, a major US insurance company moved to shift left testing in just two months. Their traditional QA teams now function as expert consultants, advising teams across the software development lifecycle to ensure quality is built into every phase of application delivery. The conversion was completed ahead of schedule, and the new processes were fully embraced and adopted across the organization.

If your organization is still using legacy testing approaches, you can realize a wealth of significant benefits by taking a shift-left approach.

To learn more about Broadcom and how its DevOps solutions deliver the key continuous testing capabilities today’s organizations need, be sure to visit the DevOps from Broadcom page.